Our North was a season-long programme of exhibitions, pop-up events and community action celebrating the culture and creativity of the North. Straight-talk, true grit and a sense of community are all traits often associated with Northern Identity, but we asked the question; is this your North? Artists and creative visionaries from around the region shared what the North means to them. Take a look at some of the highlights from the season… 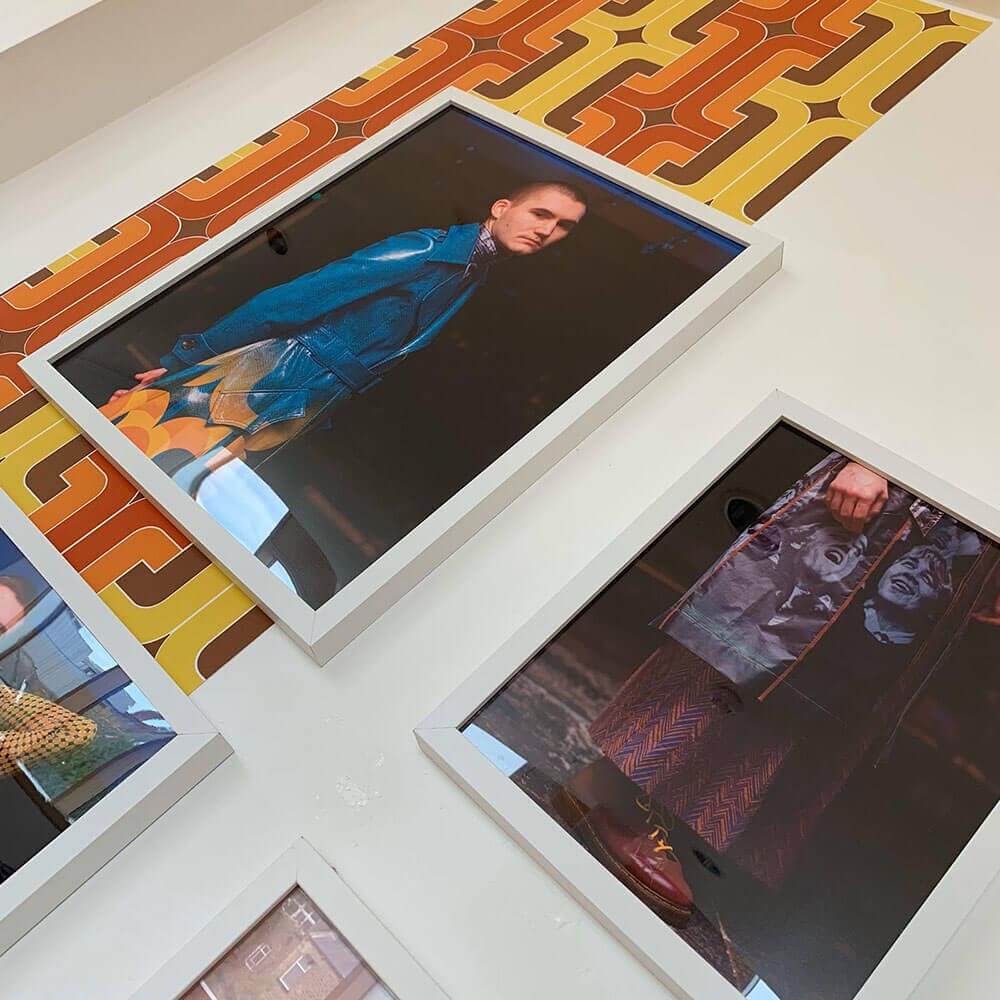 North: Fashioning Identity explored the way the North of England is depicted, constructed and celebrated in select photographs, artworks and fashion collections. The show brought together visions of the North, unpicking themes that appear regularly in design and media. It considered truth, myth and the spaces in-between. Featuring over 100 photographs, alongside fashion garments and artworks, the exhibition positioned documentary work dating back over eighty years next to more recent style media. It considered the ways in which the realities captured in early projects have become tropes, rehashed and recreated year on year, season on season. The exhibition celebrated the global influence of the cultural output of the North.

Holly Priestly is the former Barnsley College student who has been credited by Vogue Talents and Dazed magazine as a graduate designer that should be on everyone’s radar. Here we feature Holly’s graduate collection, which takes inspiration from various elements of Northern working class culture, such as Northern Soul, the 1984 Miners’ Strike, acid washed denim and the gaudy wallpaper and tarpaulin that adorned the homes and pubs of Barnsley in the 1970s.

Since graduating, Holly’s collection has featured in London Fashion Week and the Transatlantic Fashion Week on Cunard Queen Mary 2.

Amelia is a South Yorkshire based photographer specialising in fashion and social landscape photography. Amelia graduated from The Leeds Arts University with first class honours and has since had has her work featured in exhibitions at Doncaster Museums and the I.P.F Photo Prize, London.

Sean O’Connell is a Barnsley Based photographer and mixed media artist. O’Connell, who works mainly in black and white film photography, documents his friends, family and community engaging in daily life against the backdrop of the original architecture and suburbs of his hometown. In 2017, O’Connell’s gritty aesthetic and rejection of gentrification led him to shoot a portfolio of images for Burberry.

O’Connell’s work is deeply personal. As well as photographing the people around him, he also believes in immersing himself fully within the settings that he depicts and sees creative value in the found objects, physical markings and overheard conversations of his surroundings.

Barnsley market has formed an integral part of the town’s life for centuries. Though the market has changed appearance and location many times one thing that has remained consistent; the people. Many locals will have fond memories of the traders and characters who frequented the market over the years.

One of the well-known characters was amateur photographer Harry Brookes. Over a period of five decades, Harry documented the changing face of the market, its traders and the shoppers. His love of the market community and interest in local history led Harry to take over 1000 photographs, many of which were donated to Barnsley archives. The exhibtions displays a selection of Harry’s pictures which spab a six year period of 1982-1987.

All images have been reproduced with the kind permission of Barnsley Archives.

Join our mailing list specifically for the Gallery and we will keep you up to date with all the latest exhibitions, news and previews